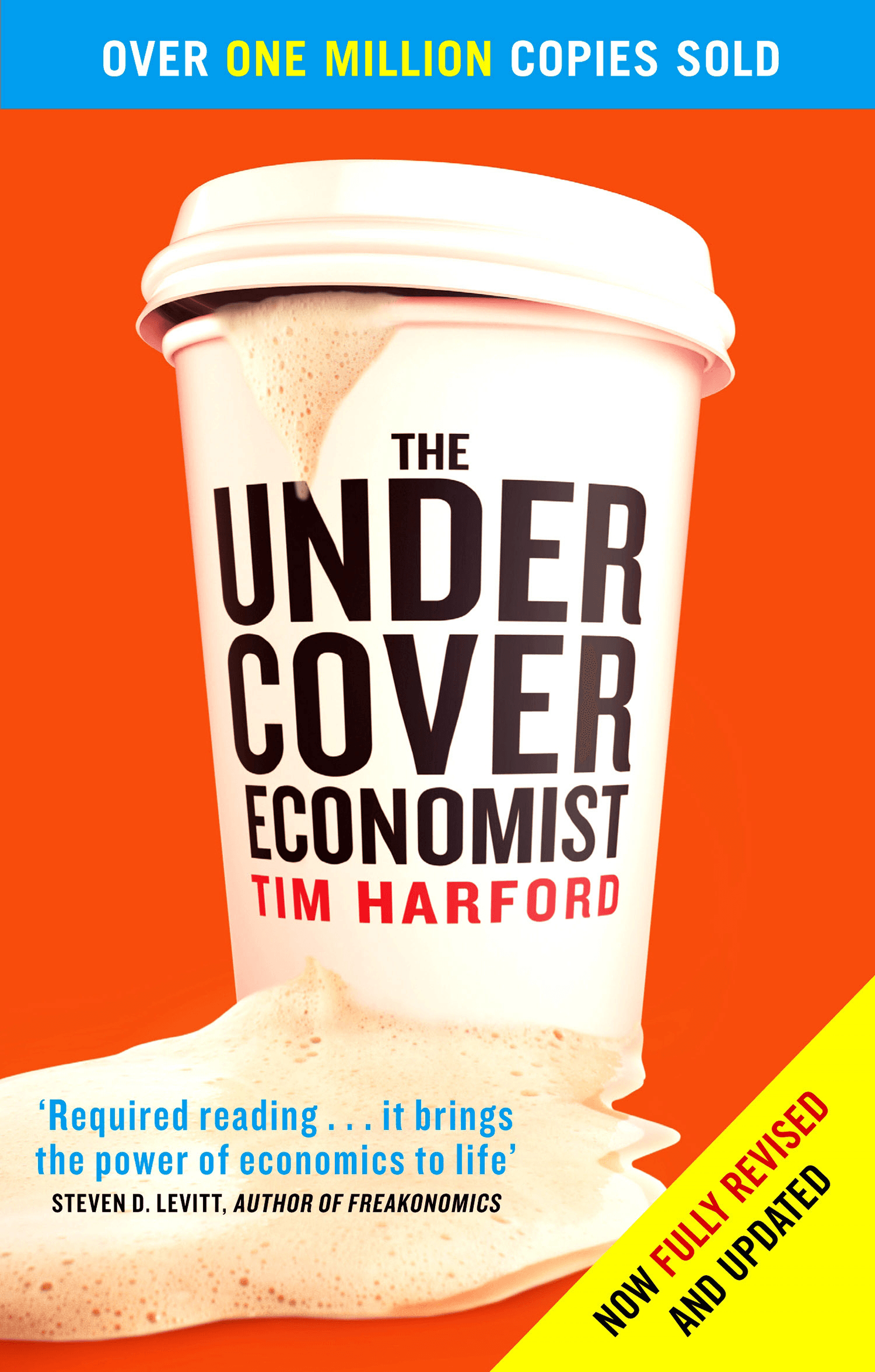 Who really makes money from fair trade coffee? Why is it impossible to buy a decent second hand car? How do the Mafia make money from laundries when street gangs pushing drugs don’t? Who really benefits from immigration? Looking at familiar situations in unfamiliar ways, The Undercover Economist is a fresh explanation of the fundamental principles of the modern economy, illuminated by examples from the booming skyscrapers of Shanghai to the sleepy canals of Bruges. The Undercover Economist has been translated into 30 languages and sold well over one million copies worldwide. A new edition with a brand new chapter on the financial crisis was published in the UK in 2011 and in an ebook edition in the US in 2012. STOP PRESS: You can download the new chapter free. Enjoy!

This is a book to savor

Distinguishes itself from the pack…lively and insightful

Succeeds in taking the chalkdust out of the subject

Harford is smart. Scary smart. So smart he can illuminate, in clear, entertaining English, ideas and forces of mind-boggling complexity

Economists do indeed think differently from the rest of us. This book gives an excellent introduction as to quite why they do

A blessedly simple introduction to this dazzlingly complex world

A totally delightful book that educates as well as entertains

The Undercover Economist is a rare specimen: a book on economics that will enthrall its readers. Beautifully written and argued, it brings the power of economics to life. This book should be required reading for every elected official, business leader, and university student.

Harford writes like a dream – and is also one of the leading economic thinkers of his generation. From his book I found out why there’s a Starbucks on every corner, what Bob Geldof needs to learn to make development aid work properly, and how not to get duped in an auction. Reading The Undercover Economist is like spending an ordinary day wearing X-ray goggles.

Most people think economics is boring, difficult and irrelevant. In fact, economics is fascinating, comprehensible and highly relevant. As Tim Harford demonstrates brilliantly in this enjoyable book, the powerful underlying ideas of economics can, in the hands of the right person, illuminate every aspect of the world we inhabit.