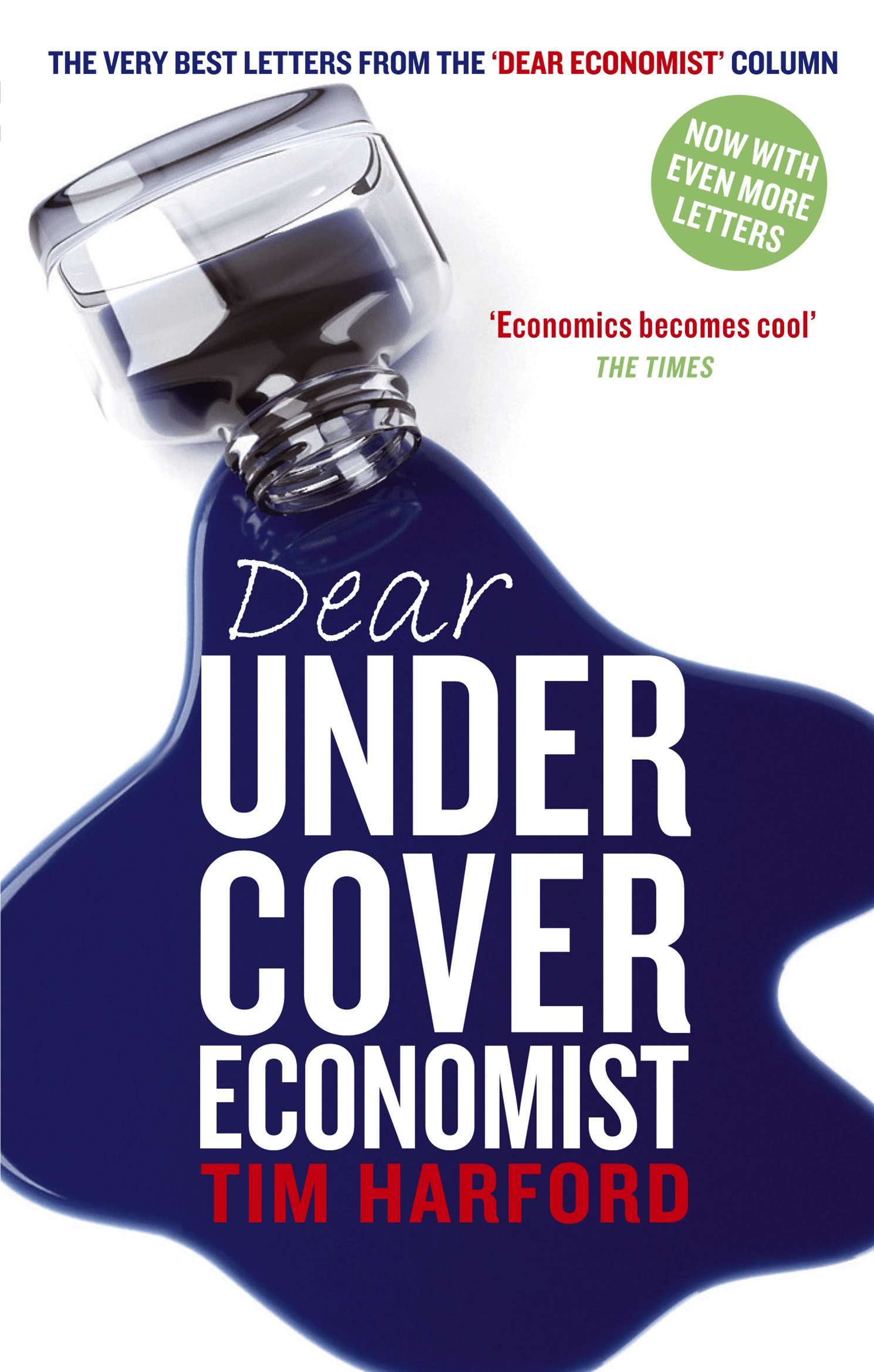 “Dear Undercover Economist” publishes my favourite “Dear Economist” columns from 2003-2008 in one handy book-sized package. It’s now available in paperback with (in the UK) lots of extra material, including a year’s worth of new letters and a “readers answer back” section. In the book’s introduction, I write:

“Economists might not be the first people you would think of to give you advice on parenting, the intricacies of etiquette or the dark arts of seduction. Even at best the economist can seem a remote figure: infinitely rational, untroubled by indecision or weakness of the will, a Spock-like creature too perfect to be able to relate to mere human concerns. At worst the economist can look like a social naïf, if not an outright sociopath; a man (or occasionally a woman) who knows the price of everything and the value of nothing. At least such is the traditional image of the economist; and who is Dear Economist to disappoint? He is not, it would be fair to say, as sympathetic as more traditional agony aunts. He is blunt. He is rude. He loves jargon. When confronted with a woman who enjoys the dating game but worries that she might leave it too late to settle down, Dear Economist offers not a shoulder to cry on but a frank explanation of optimal experimentation theory. When a dinner party guest wonders how much to spend on a bottle of wine, Dear Economist ignores the Good Wine Guide and reaches for the Journal of Wine Economics. And yet his advice can be surprisingly sound. In the six years since the Financial Times entrusted me with the awesome responsibility of answering letters to Dear Economist, I have even – whisper it – been known to take some of his counsel myself…”